“Many of our developers are not really familiar with Kubernetes. Our challenge was to enable these developers to test their microservices against the rest of Ada’s software stack without needing to know how Kubernetes really works.”

Getting In Each Others’ Way

Initially, we tried to have everyone share 2 development clusters, but found that the developers were overwriting each others’ work. We actually had a shared calendar and required developers to reserve time on the cluster to debug and test.

In another attempt, we also tried running the tests using our CI pipelines inside separate Kubernetes namespaces, but some parts of our application had the namespace hardcoded which made sharing a cluster for CI impossible.

We looked at Okteto and Roost before settling on Loft, and tried developing our own solution as well. Other solutions give you a unique environment, but Loft seemed to be the most enterprise-grade solution with more customization options and advanced features.

Especially the virtual clusters in Loft seem like a game-changer because they allow us to provision entire clusters as needed without the huge cost implications and with far less management overhead.

With Loft, developers at Ada can now run integration tests themselves and provision ephemeral Kubernetes dev and test environments whenever they need them.
‍
Advantage:
‍

Easy Integrations With Our Existing Tools

We like Loft and DevSpace because they can integrate with our existing tech stack, CI tooling and even our SSO provider. Even our CI pipeline now uses devspace deploy to create a namespace or a virtual cluster, run our integration tests, and then tear everything down again afterward.

The teams developing our most critical services now use devspace dev for their day-to-day development. We’re looking forward to working with Loft to teach the rest of our teams how to use devspace dev too. 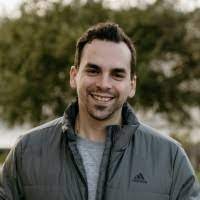